Sovereignty concerns may be why China is taking a strong stance on Hong Kong, expert says 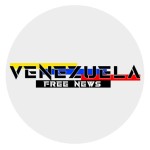 China’s desire to display its sovereign might could be part of why it has approved a draft national security law for Hong Kong, one analyst told CNBC.»There’s probably sort of a multi-layered cake of Chinese motivations,» Christopher Johnson, Freeman Chair in China Studies at think tank Center for Strategic and International Studies, said Thursday before China’s parliament voted to approve the bill that some say infringes on the city’s freedoms and autonomy.The proposed bill is highly contentious as it bypasses Hong Kong’s legislature and could undermine the city’s semi-autonomous status that went into effect when Britain handed Hong Kong over to China in 1997.One of the reasons China is ready to take a strong stance toward Hong Kong could be because Beijing is troubled by recent U.S. support for Taiwan, said Johnson, a former China analyst with the Central Intelligence Agency.Beijing views Taiwan as a breakaway province with no rights to state-to-state relations. The Chinese Communist Party has never governed Taiwan.U.S.-Taiwan relations»China has a lot of concerns about what’s happening on Taiwan … rather how the U.S. is approaching Taiwan,» Johnson told CNBC.Taiwan has emerged as comparatively successful in managing to control the coronavirus outbreak, and posted just 442 cases and seven deaths in a population of nearly 24 million. That’s despite its proximity to mainland China and their close business ties.Earlier this year, U.S. Secretary of State Mike Pompeo — alongside a clutch of world leaders — openly backed Taiwan’s participation in a World Health Organization meeting. The move provoked Beijing which views Taiwan as a territory that cannot have its own diplomatic representation.China has reportedly told the U.S. that Taiwan is the most sensitive issue in their relationship.U.S. support of Taiwan «stimulates the desire on China’s part to demonstrate the inviolability of Chinese territory integrity. They can’t reach out and touch Taiwan, but they certainly can (for) Hong Kong,» said Johnson.’Sense of anxiety’Another reason is that with China being scrutinized — both abroad and even at home — over its handling of the coronavirus, the Chinese Communist Party is looking to shore up support and nationalism, even as it seeks to get its economy back on track.»It is reflective of a sense of anxiety … on the part of the Chinese leadership coming out of the Covid situation, whether there are serious concerns about the state of economy, the employment situation and so on,» said Johnson. He added that there is also «the desire to show that this is not the time to suggest that perhaps the leadership in Beijing is not in control of Chinese sovereignty.»In addition to that, Hong Kong is no longer as economically important to China as it was more than 20 years ago.According to Reuters, Hong Kong contributed only about 2.7% to China’s GDP last year, compared to more than 18% in 1997 — when it was handed over to China.»So therefore, China probably sees this as worth the risk in terms of the ability to demonstrate to its population that it’s standing up to foreign pressure,» said Johnson.China’s National People’s Congress, the country’s parliament, on Thursday voted to approve the proposal to impose a new national security law for Hong Kong. The move paves the way for the law to be finalized and implemented in the city.